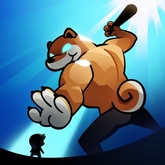 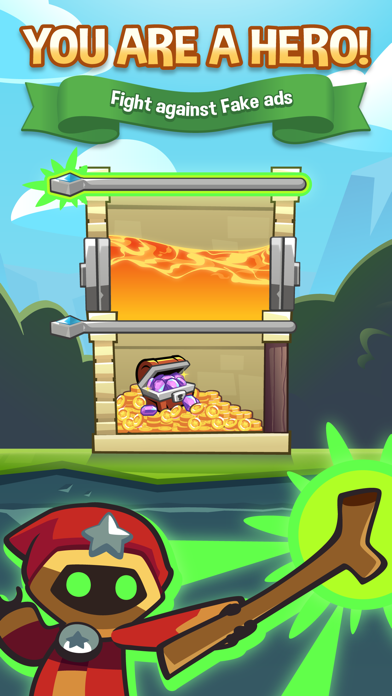 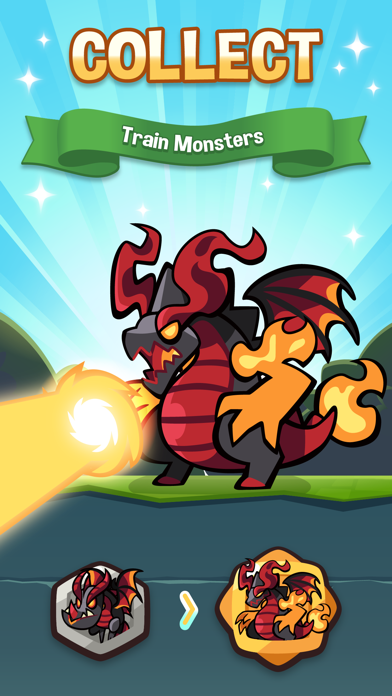 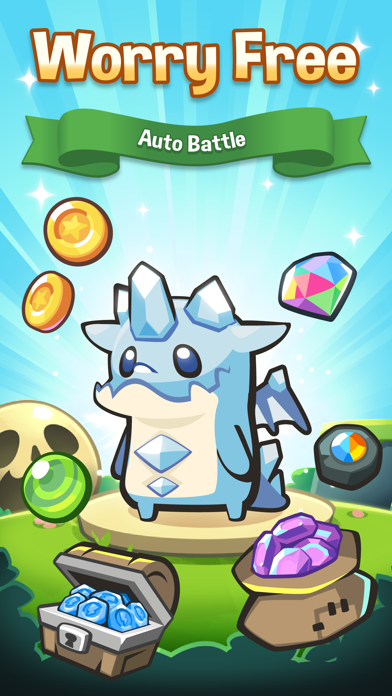 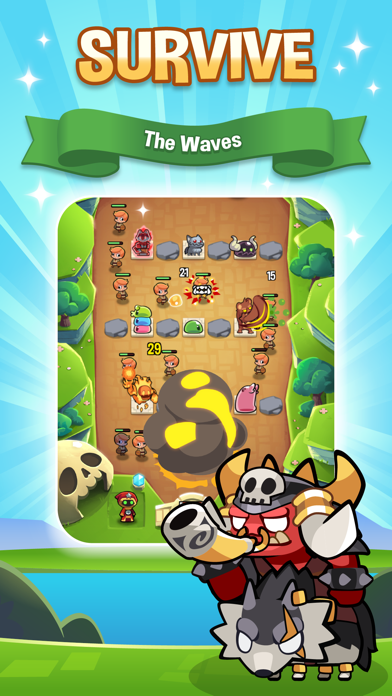 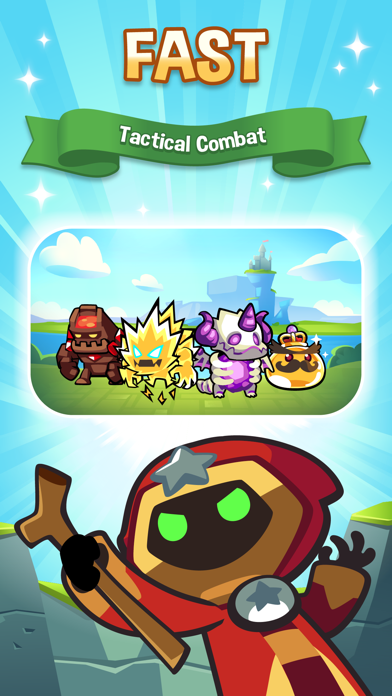 You, the greatest and most powerful summoner, broke into the King’s castle and stole his priceless royal treasure! You gleefully take your loot back to your lair… But! The King has sounded the alarm and deployed his endless army of valiant heroes to bring it back! Grrr... It’s time to ready your defenses! They can’t steal your precious treasure.

In this idle TD game, you will strategically place your towers and cast powerful spells to defend against endless waves of the Kingdom’s mightiest heroes. Defend your ‘stolen’ (pshhh) loot against a variety of do-gooding heroes like the lowly peasant, the axe-wielding lumberjack, the ice mage and the King’s Elite Knight himself - you kinda don’t want to mess with him!

Earn magical orbs for defeating wave after wave of the King’s heroic army - use them to power your summoner’s portal to call forth a variety of monsters, creeps and minions to aid your defense! Recruit the common slimes, Slimey and Grimey - the super rare and absurdly cute hellhound Mocha - or Teddy, the EPIC teddy bear with superhuman strength! With dozens of creatures to call to your defense, do you have what it takes to defend against the heroes of the Kingdom?

CAST POWERFUL SPELLS. OBLITERATE THOSE WHO DARE TO ATTACK YOU

So… Is the King stupid or something? He seems to have forgotten that you can shoot fireballs from your hands! Hello? Torpedoes of FIRE? In addition to your misfit army of monsters, you can cast powerful spells to bring death from above to your enemies. Use fireballs, lightning, ice and more to power up your monsters, rebuild defenses or defend your lair against the King’s army. Radical!

• Dozens of monsters and towers to summon

• Defend against endless waves of heroes and bosses

• Each monster has their own unique abilities and secondary powers

• Upgrade your towers to increase their effectiveness

• Defeat a variety of enemy heroes, each with their own unique skills

• Strategically place your towers to cause maximum damage

• Use & upgrade spells to destroy, rebuild defences and buff your minions