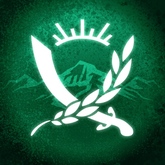 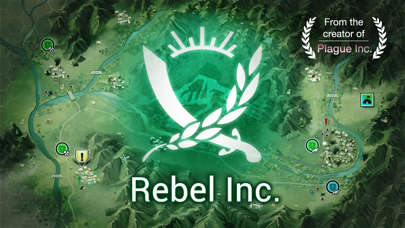 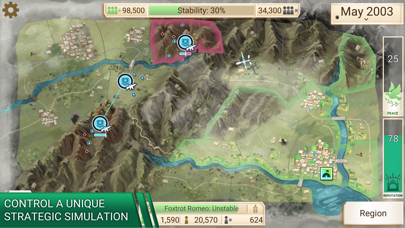 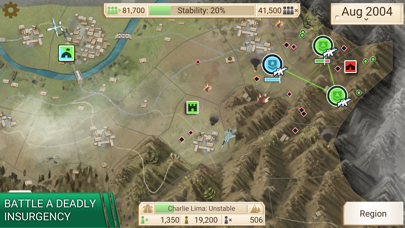 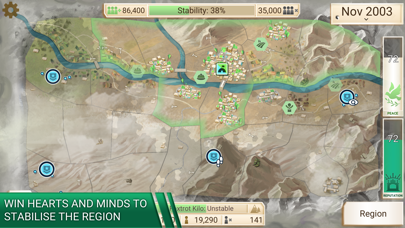 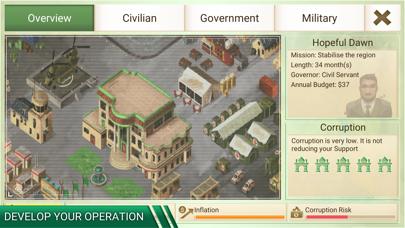 Can you stop the Insurgency? From the creator of Plague Inc. comes a unique and deeply engaging political/military strategic simulation.

The war is ‘over’ - but we all know that doesn’t mean anything. To stabilise the country, you need to balance military and civilian priorities to win the hearts and minds of the people, whilst also stopping insurgents from seizing power!

Rebel Inc. is the brand new game from the creator of ‘Plague Inc.’ - one of the most popular paid games ever with over 130 million players. Brilliantly executed with beautiful graphics and critically acclaimed gameplay - Rebel Inc. offers a deeply engaging, strategic challenge inspired by the complexities and consequences of modern counter insurgency.

▶ “Rebel Inc. lets everyone wrestle with the messy challenges of post-conflict recovery and better understand the complex realities of building peace.” - World Bank Global Lead for Stability, Peace and Security

▶ "Surprisingly sophisticated... even better than some of the stabilization training software I have seen in government use" - PAXsims

▶ "Brilliant game, the gameplay is interesting and the strategy is intuitive!" - App Store review

▶ "Unlike anything I’ve played on here before" - App Store review

Although a fictional game, Rebel Inc. looks at important real world issues and we have made every effort to deal with them sensitively. The game has been extensively researched and has been developed in cooperation with leading regional politicians, business people and journalists as well as international charities, experts and governments.