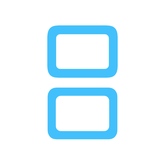 NDS4iOS is a Nintendo DS emulator for Apple iOS, is a port of the multi-platform DeSmuME 0.9.10 for iOS. It runs many of the original games but, depending on the power of your device, not all may run at full speed. NDS4iOS was created by InfiniDev, a joint development group with many members including popular GBA4iOS creator Riley Testut (@rileytestut), upcoming Nightingale app developer Michael Zhang (@malvix_) and PPSSPP iOS build manager Karen Tsai (@angelxwind), along with many others.

Some iOS compatibility issues were resolved

There are no reported issues so far

Gridlee
Everyone knows that Gridlee is one of the most ...

GBA4IOS 2.1
Just the most iconic gaming emulator of all tim...

RetroArch
RetroArch is a lightning fast and easy-to-use m...

Happy Chick
Happy Chick is one of the most famous and power...

PPSSPP
PPSSPP is the one and only PSP emulator for iOS...