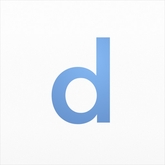 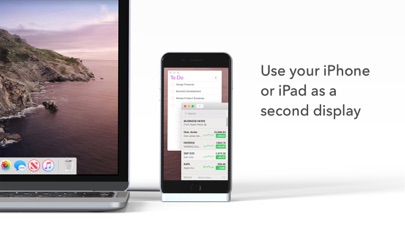 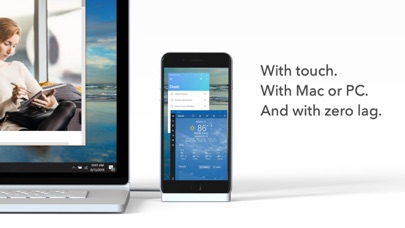 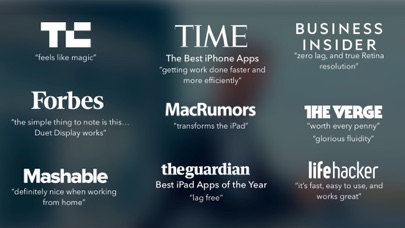 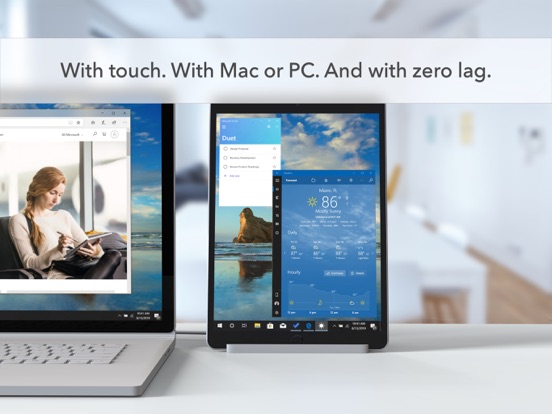 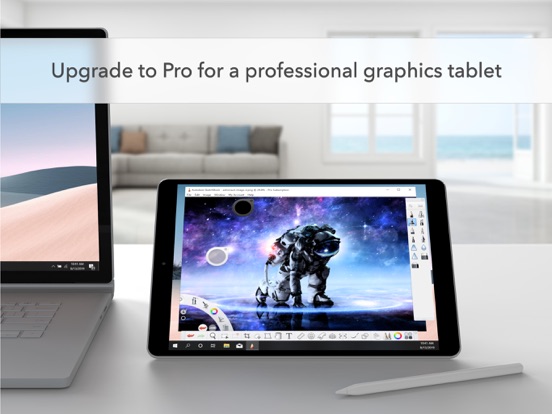 #1 best-selling iPad app in US, Japan, UK, Germany, and 17 other countries!

Duet turns your iPad or iPhone into the most advanced extra display for your Mac & PC. Developed by a team of ex-Apple engineers, Duet offers unparalleled performance and display quality - all with zero lag.

Be twice as productive by multitasking with two screens. And for those that travel, have a portable way to stay productive.

To get started, plug your iPad into your desktop using your charging cable. The free Duet desktop app will automatically detect your device, and transform it into a high performance touchscreen display.

Interact with Mac & PC like never before, with touch & gestures, including two-finger scrolling, pan and zoom.

And with our latest release, you can even add a touch bar to any iPad with any Mac.

With Duet Pro, you can turn your iPad and Apple Pencil into a professional graphics tablet. We’ve re-engineered our rendering algorithms for ultra-responsive drawing, optimized specifically for designers, illustrators and artists.

Forbes - "The simple thing to note is this...Duet Display works."

Lifehacker - "It's fast, easy to use, and works great"

“Awesome! My iPad Pro can be an extra monitor! Cool app”

“Very smooth and responsive indeed, plus you could use the touch screen to “click” on screen interfaces!”

“Love the ability to use my iPad as a monitor with Duet.”

“All my mac folks look at the Duet app… GREAT!”

"I really like the app, I suppose the biggest compliment I can give is that it's so easy to setup it almost seems like an Apple product.”

"Amazing solution for me by the way. Works as I was hoping for and actually my main reason for getting an iPad : )”

All iPhones and iPads with iOS 7.0 and later

All PCs with Windows 7 and later

All iPad Pros with Apple Pencil

Other applications in the category "Utilities"

EveryCord
iRec is now called EveryCord. Easy to use and pow…