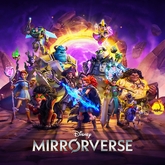 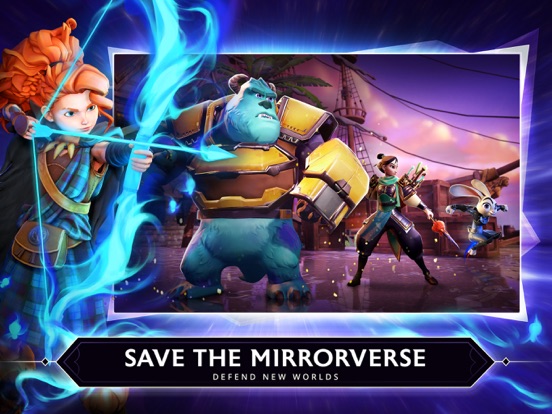 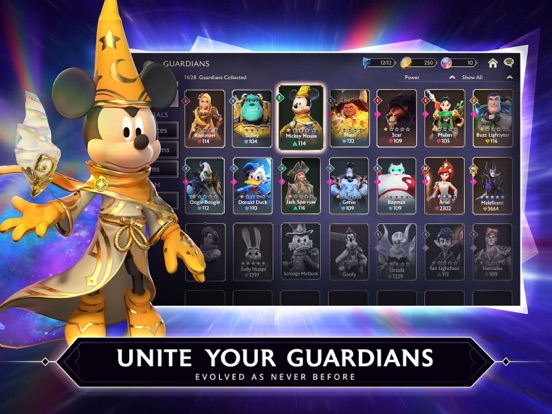 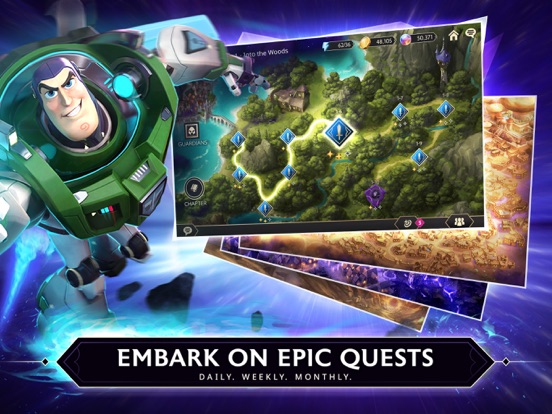 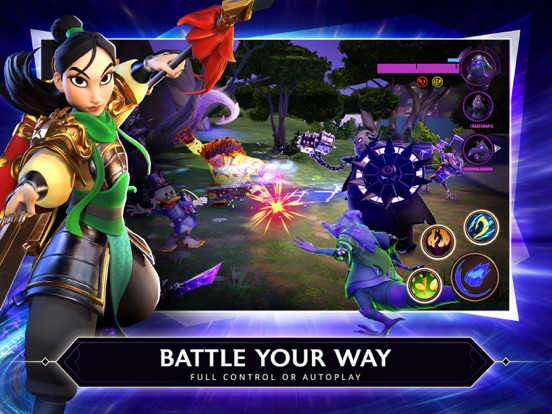 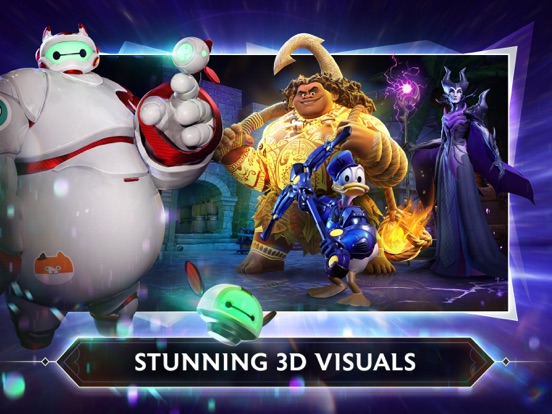 This is Disney Mirrorverse, a visually stunning new action RPG game for mobile, set in an all-new divergent Disney universe where players assemble teams of amplified, action-ready, 3D Disney and Pixar characters to battle against a dark force.

Long ago, two stars collided to create an altered universe full of light and dark forces. In the Mirrorverse, Stellar Magic has evolved familiar worlds, now threatened by hordes of unrelenting Fractured enemies. Players unite teams of powerful Guardians to battle together through an ever-evolving narrative of epic quests to defeat the Fractured forces seeking to shatter the Mirrorverse. Choose from the vengeful draconic mage Maleficient, an armored-up Sulley, the ultimate personal-battle companion Baymax, and many more Mirrorverse Guardians. Each Guardian possesses powerful, special attacks that are unique and authentic to existing Disney and Pixar characters. They are designed to complement each other through different team roles to maximize battle potential and chemistry, enabling players to advance through multiple levels and progress to the highest rank.

Discover an ever-evolving story as you play through Story Quest mode with loot-filled chapters, limited-time Event Quests, and Dangerous Dungeons to explore. Experience the thrill and excitement of real-time action combat as you control the Mirrorverse Guardians’ individual actions, combat arsenal, team strategy, and special attacks. Build alliances with friends and compete to gain powerful rewards. Customize and strengthen your Guardian’s abilities through a deep character progression system, finding the best team combinations and strategies for the ultimate win.

In this Action RPG, enter richly detailed new worlds filled with 3D-rendered Disney and Pixar characters that have been powerfully evolved to match this high-stakes universe. Uncover the intriguing backstories of these Mirrorverse Guardians and unlock surprising and authentic special abilities that equip them for epic battle and adventure.

Experience the thrill and excitement of team-based action combat. Assemble teams of three and take control of every second of gameplay including the Mirrorverse Guardians’ individual actions, team strategy, and special attacks.

Unlock unique narratives and battle the Fractured enemies to obtain rewards and restore the worlds and characters of the Mirrorverse that have been corrupted by dark magic.

- STORY QUESTS: Experience an immersive new Disney storyline of tasks and quests to complete, all based on the history of the Disney Mirrorverse and the Ages of Isolation, Discovery, and the Fractured.

Delve into the Mirrorverse’s darkest dungeons and complete for top place on our global leaderboard. Explore dungeons, rack up points, and collect valuable artifacts in this high stakes venture.

Please read this Terms of Service Agreement and our Privacy Notice before using our services as they govern the relationship between you and Kabam.