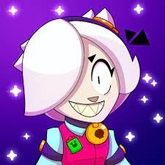 Null's Brawl is a private Brawl Stars server when you can play a modded version of the game. Purchase whatever you want with unlimited money and gems

Brawl Stars is one of the most popular online action games at present. The thing is that if you want to mod it or play with cheats you are going to have trouble because, just like in other online titles of the likes of Clash of Clans, you won't be able to without risking a ban.

However, Null's Brawl is a private server that allows us to play with all the game's improvements, including new brawlers that would usually cost us loads of money to unlock them or their additional equipment. And you can play against bots or join a club or clan, even allowing you to create your own one with your friends. There are also game rooms where you can find other users of this Brawl Stars MOD.

Therefore, if you want to play Brawl Stars with all its new features and enhancements on a private server, don't hesitate to download this ipa: unlimited gems, endless keys, boxes ready to be opened, unlocked brawlers... all in all, just as if it were an app to patch Brawl Stars.