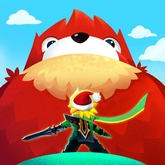 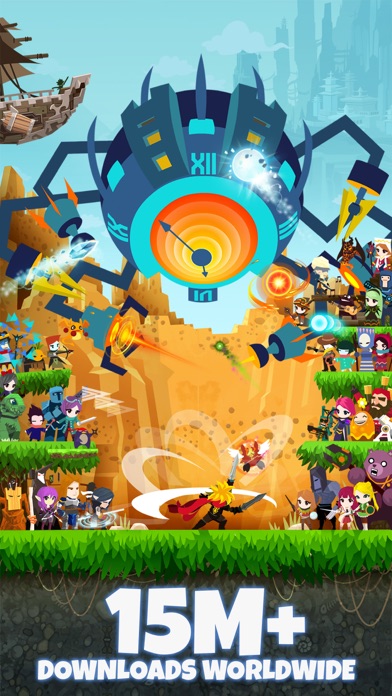 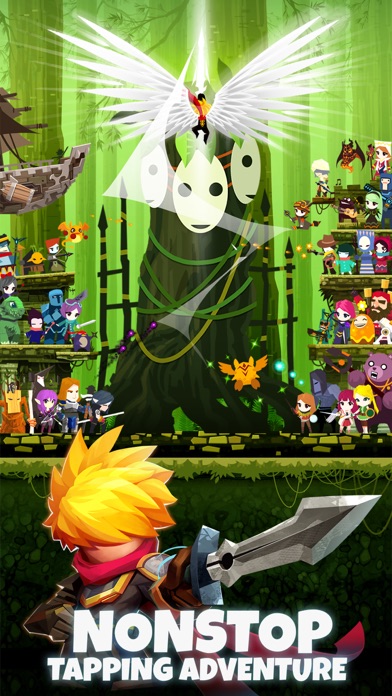 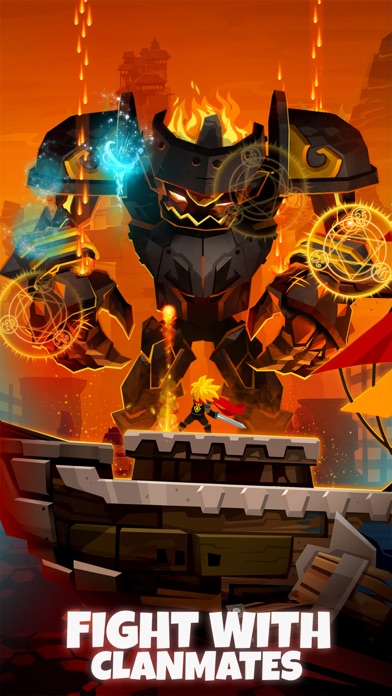 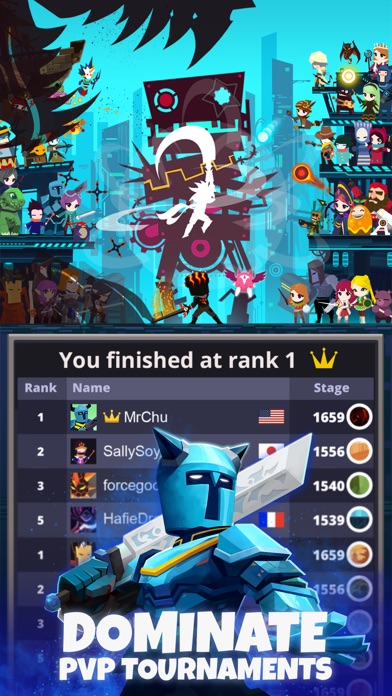 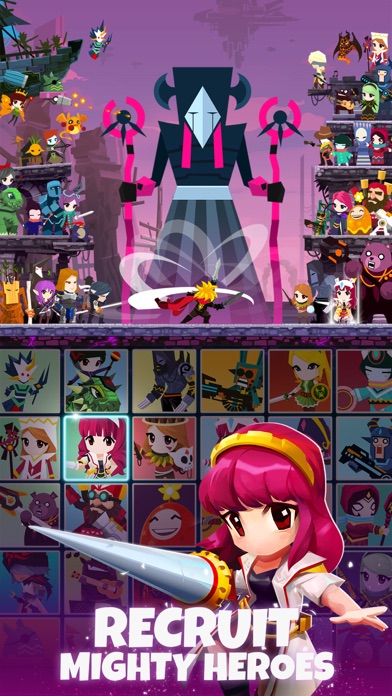 Grab your sword, assemble a team of heroes, and join Sword Master on an epic adventure to defeat the mighty Titan Lords in over 150,000 levels.

Tap to slay hundreds of Titans with your sword as you journey through the land in this clicker RPG adventure. Upgrade your blade for new gear, gather pets, and enter multiplayer clan raids with users across the globe to leave your legacy as the Ultimate Sword Master.

Strategically progress your heroes and Sword Master’s skills to attack legendary Titans and fight nonstop monsters in this quest to bring peace back to the land.

WITH TAP TITANS 2 YOU CAN

▶ PLAY the full idle RPG game experience offline and on the go.

▶ UNLOCK unique skills to power up strategically to fight monsters

▶ CREATE or join clans to defeat the almighty Titan Lords in multiplayer mode.

▶ TITAN LORDS have entered the raid arena with a brand new way to fight! Break off individual armour segments to expose the weaker skeleton underneath these super monsters.

▶ CARD COLLECTING is the newest way to increase your Swordmaster’s power, granting powerful passive and active abilities to slay Titan foes in this idle clicker game.

▶ CLAN UPGRADES including clan XP and Raid Tickets give you more reasons to connect and play with fellow Sword Masters and fight online.

Swinging a mighty blade, Sword Master rose from his eternal slumber to find monstrous Titans wreaking havoc across the realm. As he broke the chains that bound him, he vowed to wage war with the Dark Lord and hunt any Titan that stood in his path. With ninja-like reflexes and an army of heroes at his aid, Sword Master is on a new nonstop tapping adventure.

As you charge across the land in this idle action game, assemble a team of heroes with unique abilities like Lance, the Knight of Cobalt Steel, to fight beside Sword Master as he faces any monster in battle. Tap tap alongside your heroes as you strategically power up to make your way across 14 hand-drawn realms. Upgrade or craft custom gear and unlock unique hero abilities in this incremental action RPG. Trade-in your blade for lethal weapons and cause maximum damage to Titan Lords in raids or through tournaments. Tap tap tap to victory as you adventure through event takeovers and unlock extraordinary prizes. Along the way, join or build your clan with Sword Masters worldwide in this free to play clicker game.

Join your Tap Titans Friends on

DOWNLOAD AND PLAY NOW - Join the adventure and tap tap tap to victory!